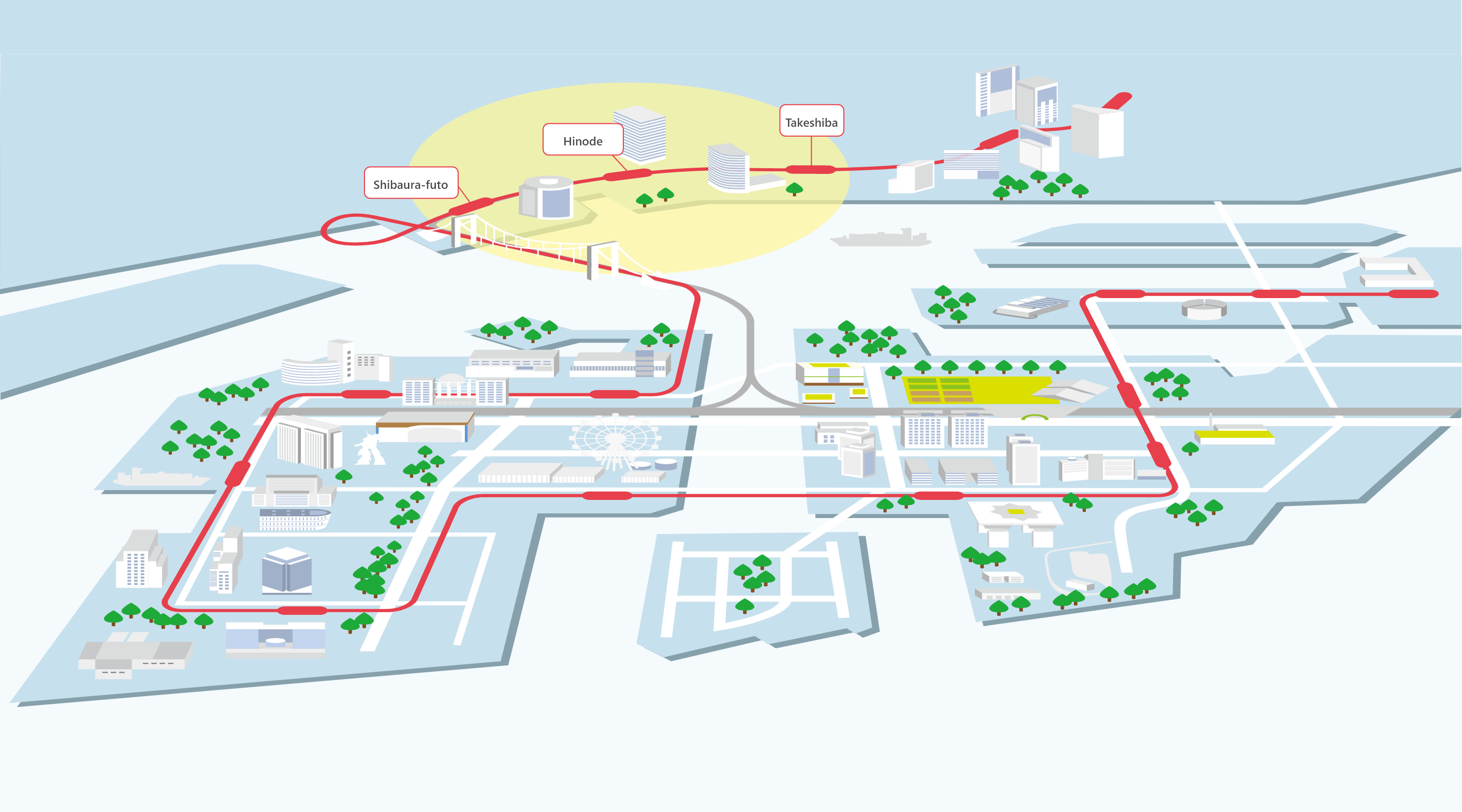 The name Shibaura first appeared in a travel journal titled "Kaikoku Zakki" in 1486 during the Muromachi period. It is said that the name derives from Shiba-no-ura, which means the coast of a village called "Shiba". Over time, "no" was removed and the name became Shibaura.

Most of the area currently called Shibaura was once a sea during the Edo period, blessed with abundant Edo-style seafood. In modern times, land was reclaimed using the sediments produced during dredging construction for large ships entering Tokyo Port. In 1930, a freight-only railway began operations from Shiodome to Shibaura, and during the rapid economic growth period in the late 60's, cargo coming from all over the world reached 1,700,000 tons for freight-only railway.

Subsequently, when land freight transport was the primary vehicle, the exclusive freight line had completed its mission, and the site had been used as land for factories, warehouses, and workplaces. Today, however, it is being transformed into large-scale high-rise apartment buildings, office buildings, and parks.

Waterfront Prosperity Once Upon a TimeRainbow Bridge

From around the end of the bubble economy, the coastal area from Shibaura started to draw spotlight, with people calling it by the name "Waterfront", when legendary discos such as Shibaura Gold and Juliana Tokyo became the birthplace of the disco movement. Today, it is a sophisticated high-rise residential area along the canal.

The Rainbow Bridge opened in 1993, connecting Shibaura and the Tokyo Waterfront Area. The exquisitely lit sight of the Rainbow Bridge is not just that of a bridge for transportation, but also serves as a symbol of Tokyo Port's nightscape as a tourist spot.