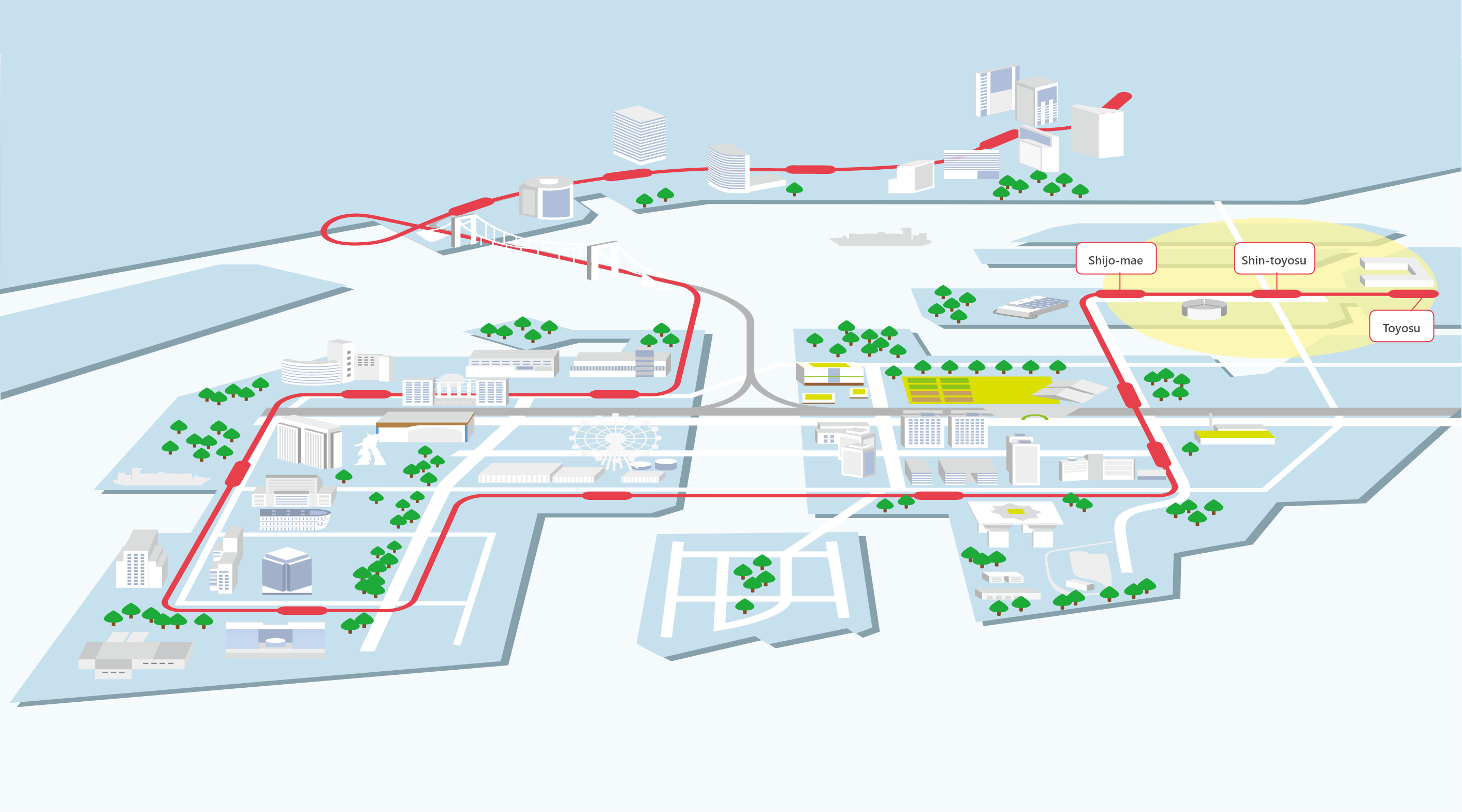 The Toyosu area spans across three Yurikamome stations, namely the Toyosu, Shin-toyosu, and Shijo-mae areas. Located at the southern end of Koto Ward, the land here was formed in a reclamation project launched during the late Taisho period. Until it was official given it's name in 1937, the area was simply called "reclaimed land No.5". The name Toyosu, meaning "rich land", was selected in hopes that the area will see growth in the future.

After World War II, municipal housing was constructed in the 1940s, gradually building up the infrastructure of the town. In addition, the area contributed to the reconstruction of the Japanese economy as an energy base and reached its peak as a special pier in the power, gas, steel, and coal industries from 1955 to 1965.

The Toyosu Harumi Development Plan was revised in 1997 and since then, the area has rapidly grown as new developmental area boasting new condominiums, office buildings, shopping malls and cultural facilities. According to the Tokyo Metropolitan Government Toyosu 1-3 Chome District Urban Development Policy, the new urban area is expected to accommodate up to 22,000 residents and around 33,000 workers.